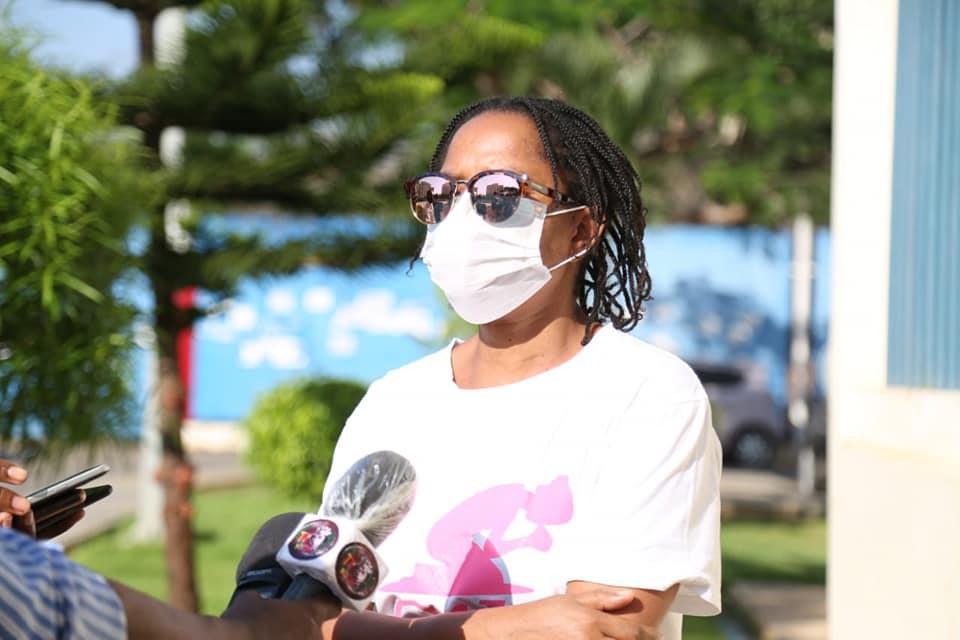 Kilamba residents said yesterday that they are satisfied with the work developed by the local Corporation, in the fight against crime, as well as in the inspection of measures to prevent and combat Covid-19.

The satisfaction was demonstrated during a report by the Police Press, carried out in that circumscription, where the citizens took the opportunity to de-dramatize information about the increase in crime rates in that city, considered one of the country's calling cards.

The resident of building H 13, Eva Luciano, said she was saddened to hear rumors that stain the city, which until then, has been peaceful.
“This information is not good because it is creating panic in people's minds. So, if there is an increase in crime, nobody sees it? This demonstrates that everything is just fallacies”, he denied.

The deputy coordinator of the H13 block, Anacleto Francisco, says that tranquility reigns in that block, attesting to the fact that the building in which they live has never had a guard.
"This building we live in has never had security, and just to see that the information on the increase in crime here is not consistent with the truth," he said.

The resident assured that the inhabitants have provided full support to the Police, which has known how to respond to crime in the area.
“The residents have been counting on the collaboration of the Police, and of the Kilamba Commanders themselves”, he reiterated.

Resident Carlos Manuel, on the other hand, advised the population not to give credit to information that destabilized good community coexistence, advancing that the residents' committees have been working with the Corporation, within the scope of proximity policing, to stop criminal actions in the area.

Finally, the President of the Kilamba Residents' Commission, Manuel Victorino, said that the rumors of an increase in crime, which circulate on social networks about Kilamba, are being disseminated by citizens, who seek to distract the population and undermine the work of the National Police.
"The National Police must do everything to identify this network of individuals who are creating panic in the population's mind", appealed the community leader, also urging citizens to comply with the measures of the state of calamity, which the country has observed since today, keeping the country's capital on a sanitary fence.